Firstly, my story Wonderland is in the last issue of Day One! It was inspired by a trip to an abandoned amusement park on the outskirts of Beijing that I went to one fateful Thanksgiving several years ago. You can read it here.

Right before the new year began, right after taking my midterms, I took a quick jaunt down to Taroko Gorge on the eastern side of Taiwan with ijl. I’d actually been before, about 5 years ago. Beautiful, of course, with its marble gorges and that clear blue water, but I’d forgotten how short the hikes were and how they peter out. This time the Baiyang trail was closed but the Shakadang trail was fully open–we dipped our hands in the water and watched tadpoles swim in a shallow pool on top of one of the giant boulders. We used our easycards to board the 302 bus which was much less crowded than the Taroko Gorge shuttle and cheaper too. We stayed near the national park itself, in Xincheng, which doesn’t have too much going for it, but we did end up stopping by the beach just to see the Pacific Ocean from this side. 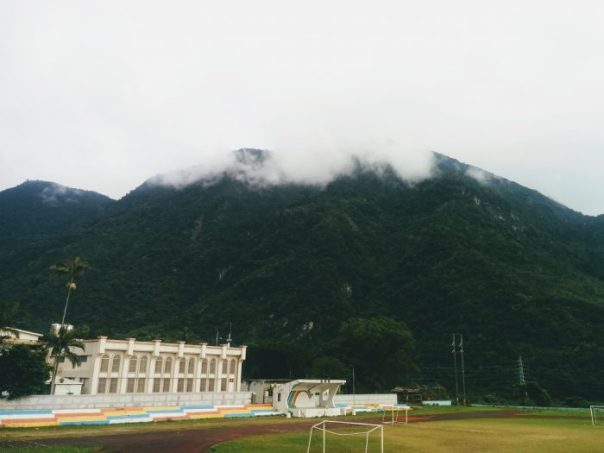 We watched the fireworks from Taipei 101 from my roof. It didn’t last long so it was nice not to have to brave the crowds for a view. In the alley below, one of the small shop owners shot up some fireworks, their whistles screeching into the air, the colors blooming directly overhead.

I didn’t read enough in 2017 but there were some gems. I just recommended Madeleine Thien’s Do Not Say We Have Nothing to my Chinese teacher actually! Here’s my list: