Black squirrels, white-chested with tall tufted ears, bury nuts in the wooded area outside my window. Korean magpies fly by, their magnificent plumage flashing; they seem so large with those long tails and white-edged wings. It’s quiet during the day here—I haven’t met a single other resident. At night, the gurgle of my mini fridge combats the silence but my night is short anyway; the jet lag wakes me up at 3 or 4 am, no matter what time I fall asleep.

The city itself is hilly, with streets that steeply lead up into little hilltop parks complete with exercise machines and badminton courts. Growing up in mostly flat areas, my maps app keeps surprising me by leading me up these steep hills—it’ll seem like a short walk but with that topography, a short walk can get tiring! Fruit trees are everywhere, especially where I am in Yeonhui-dong, known for upper-class residents and former presidents (including a military dictator). Lots of cafes around and Chinese restaurants although the prices are higher than I’m used to. Seoul seems greener than New York City, with older, larger trees shading some of blocks and flowers blooming from front doors. One building I passed had rows upon rows of plants and a lovely view since it was built on the hillside. I’d also forgotten about the huge residential communities in Asia, how one can get lost amidst thirty-floor apartment buildings tangled with greenery and winding paths. At least my artist residency complex is smaller, built on a little hill but wooded enough to invite all sorts of birds and those squirrels. We have the friendliest dog here, all fluffy pointed ears and stumpy legs. His name sounds something like Talim, but I’m not sure. 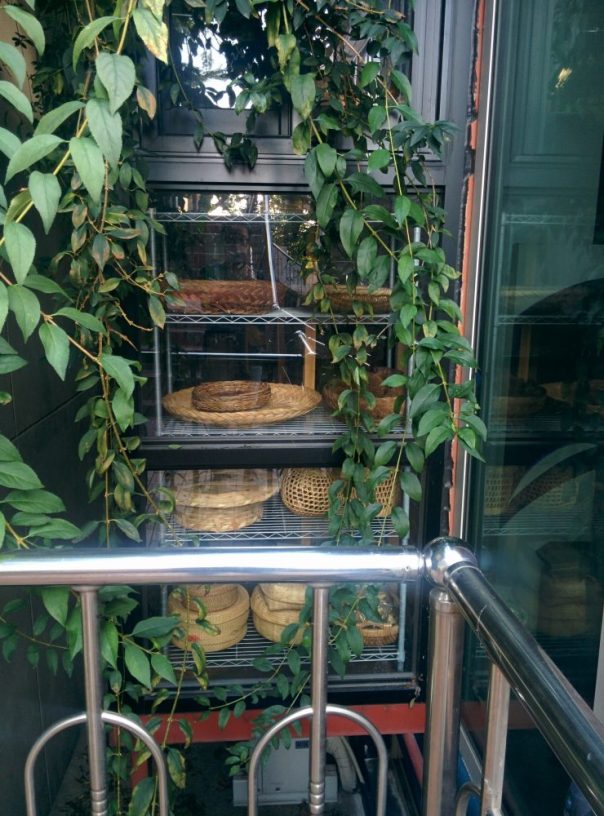 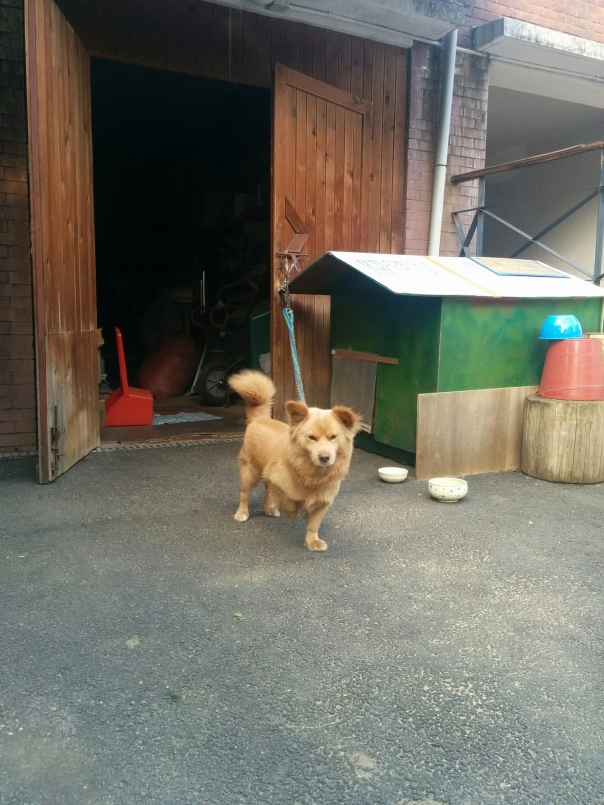 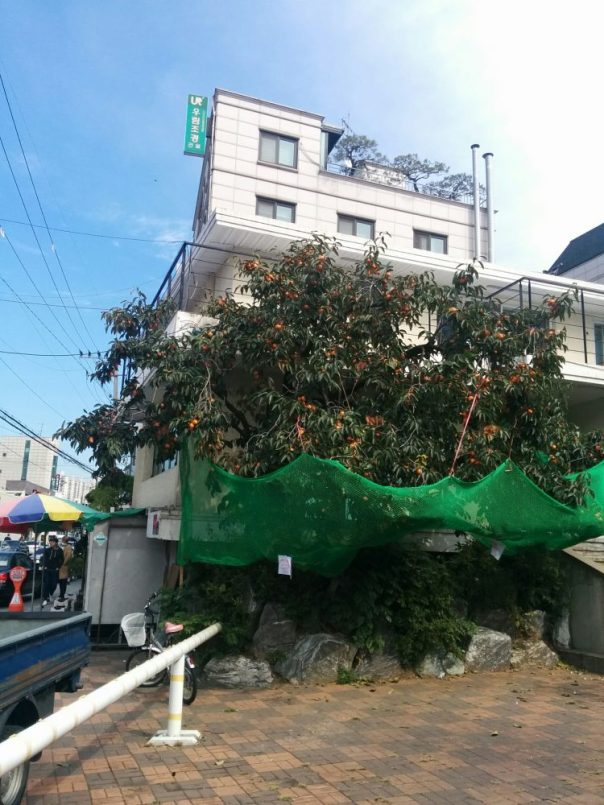 I’d also forgotten how difficult it can be to eat here, as an illiterate foreigner eating alone. Many restaurants that have their own burners or grills (korean bbq, pork and potato stew in the huge pots, etc) require at least two people. And fried chicken is also sold mostly as a whole chicken so maybe I’ll try it for take-out sometime and save the leftovers. It’s been an adventure figuring things out—a lot of cold or room-temperature food (kimbap/spicy buckwheat noodles) or hot soups. I find myself craving more salt and fat though so maybe the food is too healthy for my American lifestyle…Groceries, from what I can tell, seem to be more expensive than in the States with my thirty eggs costing 5,000 won (~$5) and bags of rice at $5/kilo and up in the supermarkets. I did find a discount imported snacks store in Hongdae, the university area by Hongik University, though—the snacks are ones that are close to expiration so they’re cheaper than usual. Like Tim Tams!

I’ve done a little bit of exploring and walking around, usually after spending the morning and afternoon working. I also had an eye consultation at one of the big eye clinics (BGN) in Gangnam (where there’s a Shake Shack!) which was very fancy and professional with a range of tests testing cornea thickness, pupil size, astigmatism, and so on for laser eye surgery. Afterwards, I’d walked over the bridge from Gangnam to Itaewon and gotten this lovely view, which I’ll leave you with.

2 thoughts on “First week in Seoul”